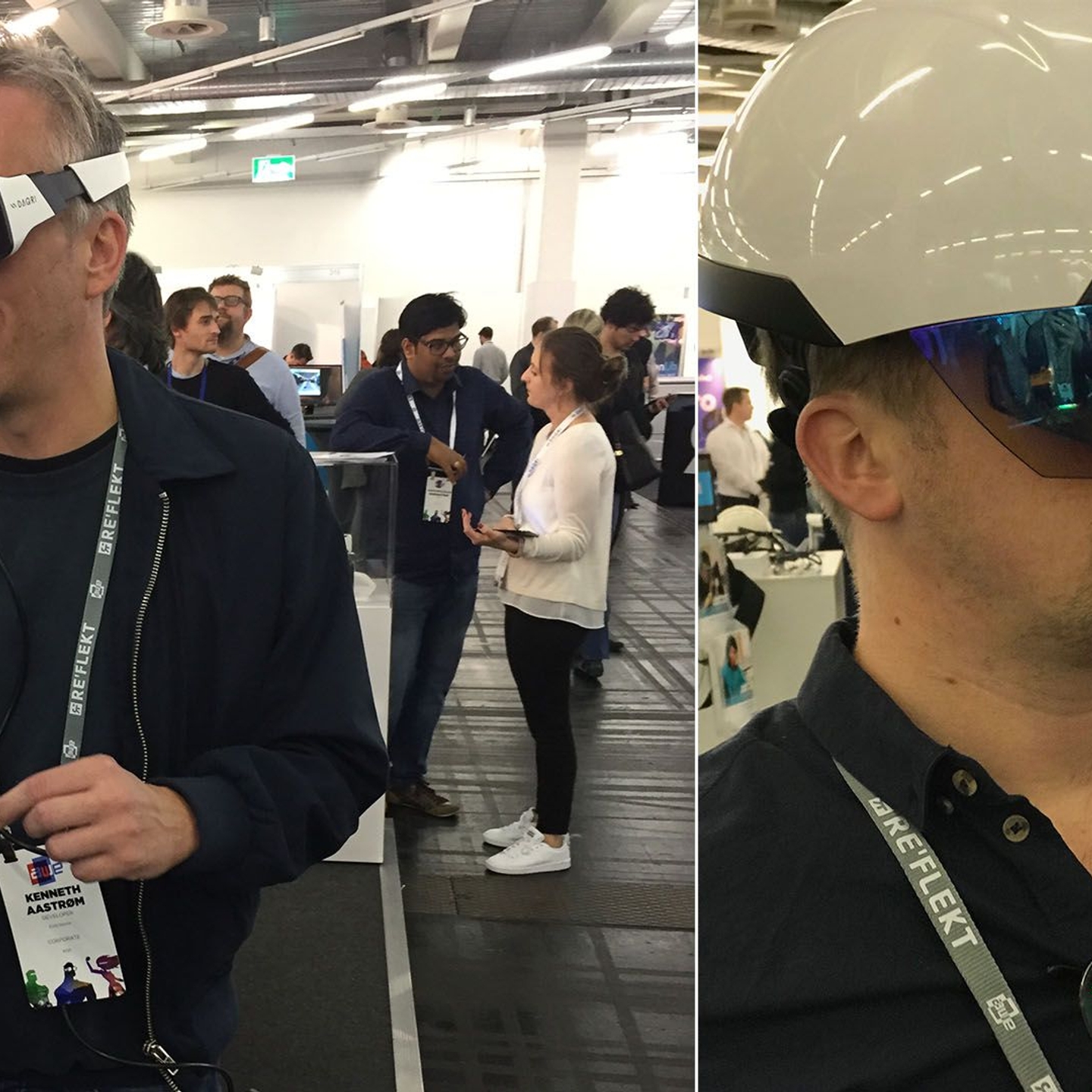 AWE (Augmented World Expo) is the world's largest conference and expo dedicated to Augmented Reality, and its 2nd European incarnation kicked off in Munich, Germany this October. The conference attracted 115 speakers, 90 exhibitors and some 1500 attendees from all over the world; among them; Kenneth Aastrøm and Hans-Martin Erlandsen from EGGS. In this article, we will share the most interesting findings from the conference, as well as why we think Augmented Reality is finally ready for UX design projects.

The Benefits of Augmenting Reality

We live in an increasingly interconnected world thanks to technological breakthroughs like mobile computing, the internet, and GPS. Yet, the digital realm remains separated, only accessible through entry points like terminals or screens. This means that a person has to decide between being present in the real world or focused on a screen, which can lead to impractical situations where they end up being completely oblivious to the other.

Augmented Reality (AR) is a technology where computer-generated content is integrated into a person’s experience, typically as overlaid images and graphics. This synthesis of the real world and digital content has many advantages and unique use cases, such as allowing the person to remain focused on the real world while they can receive context-specific information, enhancing their situational awareness, providing entertainment and much more. AR is different from Virtual Reality (VR), where the user is completely immersed in a digital world. By having the potential to transform our computing paradigm, AR may represent the next computational paradigm, Spatial Computing, where the world, instead of the screen, is our interface.

The adoption of AR in both the commercial and industrial sector has been slow to take off, mainly due to several technological and design hurdles such as expensive and heavy AR headsets with poor ergonomics, poor battery life and field-of-view and lack of exemplary use-cases. Fortunately, there is much progress within the field, and from what we have seen in AWE 2017, most of these issues are now solved.

Return On Investment of AR

A definite indication that AR is now maturing as a technology, are the evaluations of pilot projects done by different companies. These pilot projects, which were shared at AWE 2017, have been done within industrial contexts to see if AR can improve the efficiency and performance of workers, and the results are, to put it mildly, promising. (Source: General Electric (GE) Healthcare and Skylight AR.)

These productivity leap capabilities of AR could be a smart investment that can positively affect the bottom-line for some companies. Furthermore, the error-elimination capabilities seem to be a good fit for the Norwegian industrial sector, that often works with complex and high-risk contexts.

Another positive change within the AR-landscape is the now prevalence of AR hardware. Where there previously were few and expensive options, there now exists a multitude of different platforms with various advantages.

ARKit & ARCore - Perhaps the most interesting development are the recently launched Software Development Kits for both iOS and Android that simplifies the software development pipeline, and enables AR-functionality for many smartphones. By vastly opening up the market for consumers and making it attractive for developers, this might turn into the biggest driver for growth within the field.

It wouldn’t be the first time that the iPhone redefined a medium by creating a more modest alternative. The video game industry was dominated by expensive, complicated console games until the iPhone introduced the concept of low-stakes “casual" games like Candy Crush and Angry Birds.

Many current AR platforms have certain capabilities when it comes to environmental recognition: Apple’s ARKit and Google’s ARCore can currently detect two-dimensional planes and place objects on them. Microsoft’s Hololens can detect walls in addition and use those for content as well.

There is no point in building an AR App unless it interacts with the physical world in some way.

For AR to truly become general purpose device that people use in everyday life, environmental recognition will to be present. Imagine looking at any object, landmark, species or plant and having image recognition software linked to an encyclopedia, showing you useful information about it. We would no longer need to look things up, but just access relevant information about the environment by looking at it. This is actually possible today with machine learning based on image recognition. Case in point being Blippar where machine learning (github link) will try to identify what the device is looking at, and once identified, can show you information about it.

There are several other environmental-recognition development kits that are available now. Vuforia has developed Unity tools to make object recognition easier to implement, especially with their model tracking. And using their own tracking algorithms they support more devices than ARKit, ARCore and Microsoft Mixed Reality combined, using just one camera sensor. Tracking seemed not quite as stable as ARKit, but that will only improve. VisionLib also showcased similar model tracking technology at the conference.

In the future: mapping a 3D-model of earth

Looking into the future, a really interesting development within AR environmental recognition is Google’s Project Tango, which can map a 3D model of the environment using simple sensors (depth & motion tracking) and image processing. During AWE 2017, a talk by Jürgen Sturm from Google was about how everyone’s 3D-scanned environments could be uploaded into a common library in the cloud, which then could create a 3D-replicate of the earth. This would enable possibilities such as visual global positioning (VPS) without satellites that would be more accurate and also work indoors.

Conclusion - A need for UX and design

We believe we are on the verge of AR finally becoming a feasible technology for many use cases. This is driven by available AR hardware, falling costs of computing & sensors, a vastly expanding market through ARKit and ARCore. We at EGGS are excited about these new opportunities, yet it is also apparent that there still are many challenges when it comes to design and the User Experience. A good AR solution needs to balance usability, desirability, business viability and technological feasibility. We hope you would like to join us designing and developing for the AR future!

See some of our video footage when visiting the AWE Europe 2017. Video by Kenneth Aastrøm. 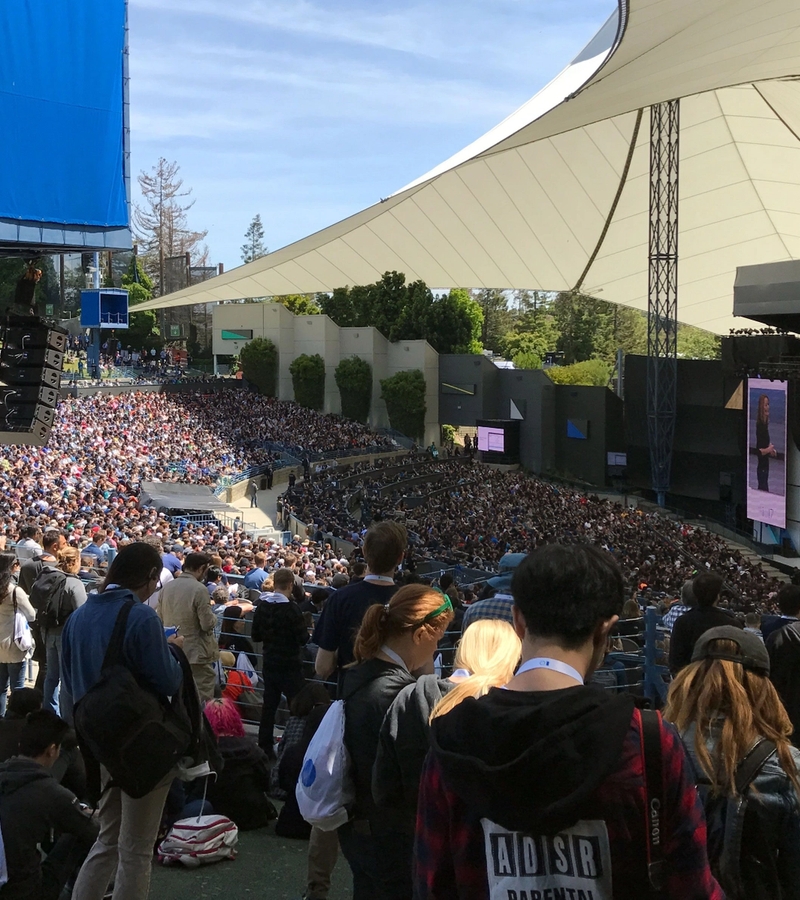 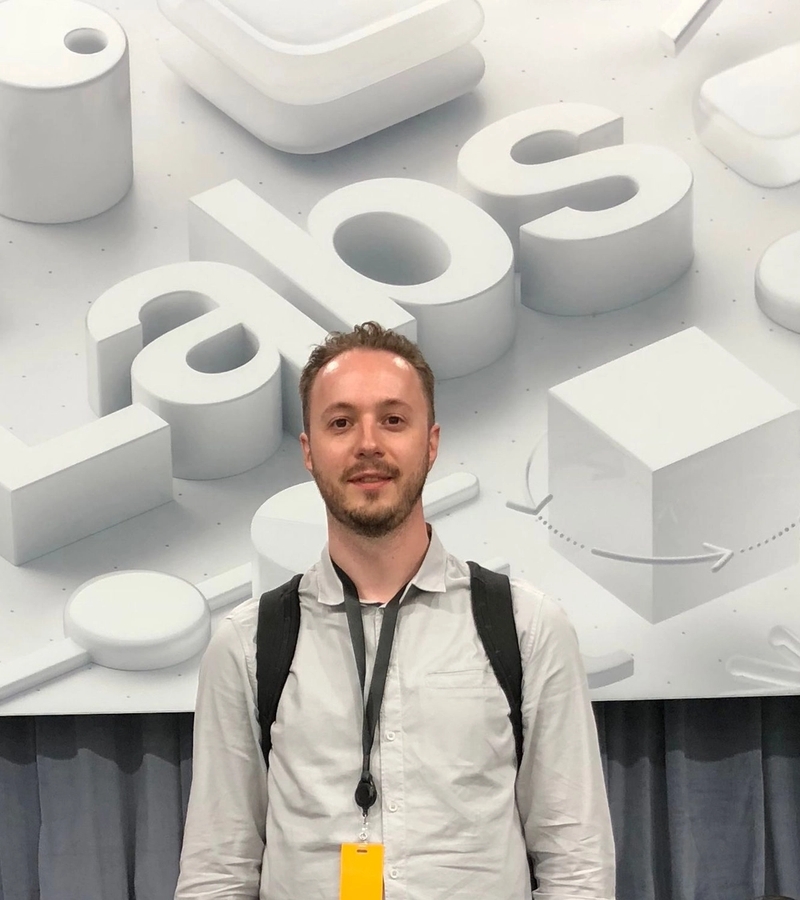 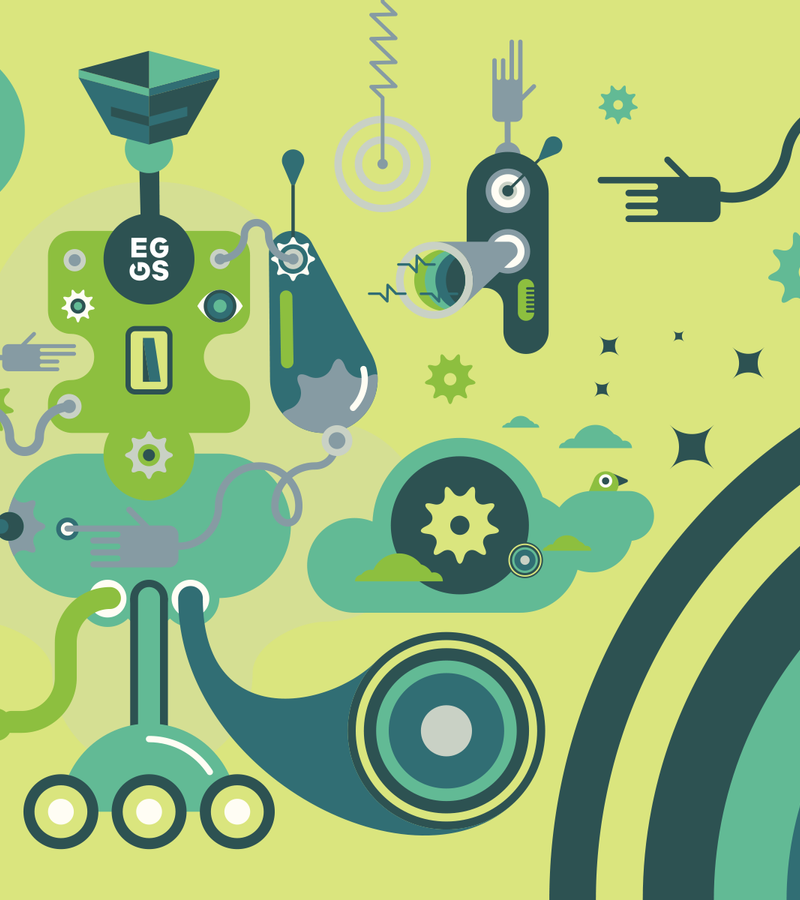 The Connected World is Growing (Up)